Home
Football
Another Real’s loss to Barcelona at Bernabeu

In the Copa del Rey semifinal rematch, Real Madrid lost 0:3 to Barcelona. It was another ‘El Clasico’ match, which Catalans won. ‘Los Blancos’ recently won at Bernabeu against Barça in 2014.

The first game ended without goals, what gave hope that the second match, in capital of Spain, will be thrilling. Players tried to beat Ter Stegen, but he didn’t want to capitulate. In the second half Barcelona netted three times, even though the team didn’t create many chances and advanced to the cup final, leaving hosts’ fan in tears.

Real Madrid is going through generational change. The club had to fill the absence of Cristiano Ronaldo, but it seems impossible to replace him. Gareth Bale, who often appears on the pitch from the bench, Isco or Golden Ball winner, Luka Modric, haven’t meet expectations this season and haven’t taken at least a bit responsibility on their shoulders.

Santiago Solari boldly chooses Vinicius Junior and Sergio Reguilon to the squad, but it’s logical, that the shaped team like Barcelona wouldn’t have many problems with the club in reconstruction. Ernesto Valverde teaches his team effectiveness in the first place, what is for him more important than a beautiful game. As the result, we see a deadly team in almost every match.

Solari’s proteges have had a terrible pass against Barcelona. The last win they collected against Catalans took place in 2017, during Spanish Super Cup. In the league they won in April 2016. Fans at Bernabeu have last seen a victory against Barça in October 2014. 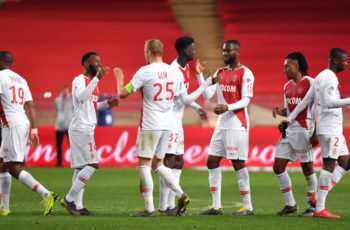 Monaco due to yesterday’s match won 1:0 against Nantes, left … 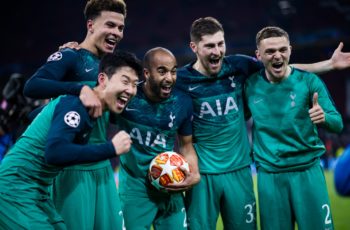 The dream is over. Incredibly young Ajax team has gone …