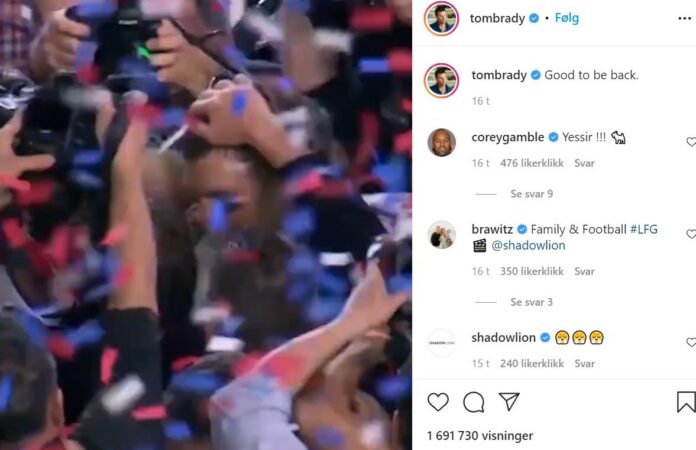 Superstar Tom Brady took over the position as the man with the most passing yards in NFL history in a narrow victory over the New England Patriots on Sunday.

It was a special return to the arena in Foxborough for 44-year-old Brady. He won six Superbowl titles with New England from 2001 to 2018, but now plays for the Tampa Bay Buccaneers.

Read: Luis Suarez did not call Ronald Koeman at all

It was a 19-17 victory for Brady’s team in his first meeting with the Patriots since he left the club last spring.

In the first period against the Patriots, Brady set another NFL record. He threw the ball 28 yards to Mike Evans and thus passed Drew Bree’s old record. After Sunday’s game, Brady stands with a total of 80,560 yards in the American football league, against Brees’ 80,358.