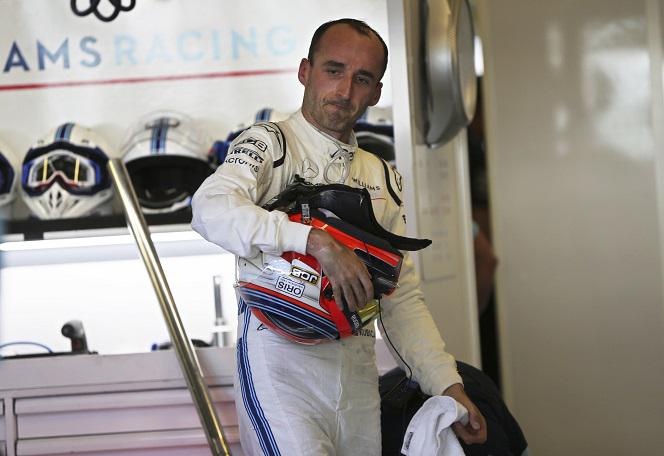 Last week, the greatest dream of Polish fans of fast driving came true. After 8 years since the tragic accident, Robert Kubica returns to Formula 1. On Tuesday he passed the first tests after returning.

After Kubica suffered a tragic accident in 2011, as a result of which he permanently damaged his hand, Mark Webber stated that his return is impossible. 8 years later, Webber wrote on twitter – Poland’s man is coming back huh..what a warrior and tenacious prick he his. Love it. -.

On August 1, 1976, during the German Grand Prix, Lauda fell off the track, hit the band and collided with Brett Linger’s car. Lauda’s car then went into flames, and Lauda was trapped in a wreck. Drivers Arturo Merzario and Guy Edwards along with Brett Lungerem pulled Lauda out of the car. The driver suffered extremely severe burns and inhaled hot toxic gases that damaged his lungs. Lauda, ​​despite being conscious right after the accident, later fell into a coma, and the priest gave him the sacrament of the anointing of the sick. Lauda not only survived, but returned to racing six weeks after the accident, as soon as his lungs condition allowed it and it was possible to wear a helmet. Lauda suffered permanent damage to the ear and skin of the face and head.

The determination of Lauda and Kubica seems very similar. Both of them survived accidents and rehabilitations, after which most of the world felt that a return to Formula 1 was impossible. They have proven, however, that thanks to hard work and patience, everything is possible.

Kubica’s many-year struggle to return to Formula 1 has paid off. On Thursday, November 22, Williams team announced that Kubica would become their new driver in the 2019 season. Kubica’s first race was scheduled for March.

“I'm really excited to see what he can do.”

It was a Polish concern PKN Orlen that helped Kubica on his return to Formula 1. PKN Orlen became sponsor of Williams, offering Williams 10 million euros for a place in the team for Kubica. However, it should be remembered that it was primarily thanks to Kubica’s determination that he returned to formula 1. With such a serious damage to his hand, this return would not have been possible without Kubica’s self-denial.

Kubica is better than Russell

During the first day of the tire test in Abu Dhabi Kubica rode 32 laps and finished tests on 9th place. He was a bit better than his team-mate, debutant George Russell.

Kubica returns to Formula 1 after 8 years of break. He wanted to return, because he thought that if there was any chance of returning to racing, and he would not use it, he would regret it for the rest of his life. Unfortunately, what he had to go through to achieve his goal was extremely difficult.

On February 6, 2011, Kubica suffered an accident during the Ronde di Andorra. The Pole suffered many fractures of the right hand and leg and damage to the bones of the hand. He was taken to hospital and operated on the same day. The operation lasted 7 hours. On February 9, Kubica underwent another hand and leg surgery. Then the rehabilitation of the athlete began. After the first weeks of rehabilitation, it was announced that rehabilitation would last from 6 to 8 months. Kubica was supposed to return to racing in January 2012. According to the announcement, Kubica returned to rallying at the given date. Unfortunately, his hand did not allow him to return to formula 1 races.

From the date of the accident to returning to the competition in January 2012, the Pole underwent 20 operations. Kubica’s hand will never be 100% efficient.

However, as people say: where there’s a will there’s a way! Kubica’s return to Formula 1 is an example of it.

During the Williams press conference where Kubica’s return was announced, the Pole assured:

I know how it is to be a top Formula 1 driver. I’m not afraid of that. Being a top Formula 1 driver requires a lot of work and dedication. I am ready for it. I’m not afraid of returning after such a long break […] If I couldn’t drive fast and good enough, I wouldn’t be here […] It was a huge challenge to come back to Formula 1. Even bigger challenge will be to face the expectations but as I said I’m ready. – (source)

The world chess champion has had enough. Magnus Carlsen shocks the world