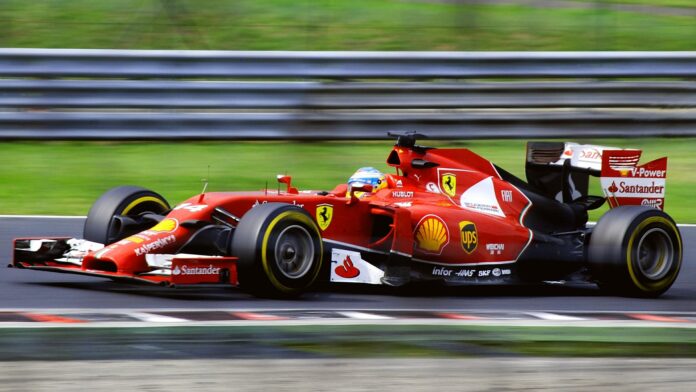 The season of Formula 1 will start in Australia on March 17. This sport is so popular that in 2018 more people saw these car races than World Cup. About 3 million fans went to Russia and over 4 million spectators watched the Grand Prix. This year, many Polish fans will raise the result because Robert Kubica has returned to F1.

Participation in the Grand Prix competition is reserved for the few because of the huge costs, and what physical predispositions the drivers must have. F1 teams spend about $ 250 million in one season. This includes the purchase and maintenance of cars, entry fees, vehicle transport, and large salaries for players. It is one of the most expensive sports in the world, so that the selection of drivers is also detailed. To start in F1 drivers must have exceptional predispositions and constantly maintain perfect physical condition. Weight is very important. Each unnecessary kilogram is an extra millisecond that can interrupt your victory. That’s why Formula One drivers are usually so short. In this case, the big exception is Robert Kubica, who is over 6 feet tall and during his career had to work hard to maintain the correct figure.

While driving, drivers must endure very high overloads. That’s why the players care about expanding the upper body parts, especially neck muscles. They are responsible for the maintenance of the head, whose weight drastically increases during sudden braking and acceleration. The overloads that drivers experience during the race could cause the movement of the brain in the skull, as well as circulatory disorders. The effort is so great that during one race the driver can lose up to 4 kg of weight. Only many years of training can prepare them for it.

Modern F1 is much safer

As a result, the later history of F1 is a constant conflict between the builders of the cars and race organizers. The first would like the vehicles to be as fast as possible, while the others must take care of the safety of the drivers and even out the teams’ chances. In 2013, regulations regulating the position of the front wing of the vehicle were introduced. Before, they were placed higher to achieve greater airflow under the vehicle, which gave higher speed. The weakness of this solution was the susceptibility of the cars to floating. In 2010, during the European Grand Prix, Mark Webber’s car collided with another vehicle as if it were a paper airplane. Therefore, today the car noses can not be higher than 7 inches above the ground.

Ticket prices are different. They depend mainly on the location on the track. The cheapest ones are standing places, which we will get for 50 pounds. The most you have to pay for the view of the starting line and for technical support positions. Tickets in such sectors cost even more than 1,400 pounds. It’s good to choose a place near the big screen, because thanks to them we will see the whole race. The prices also depend on the different Grand Prix. This year, the cheapest tickets are for races in Belgium, Australia, Canada, Monaco and Great Britain. For the cheapest tickets you have to pay 40 pounds. However, we have to prepare over 200 pounds for a race in the United Arab Emirates or in Mexico. And here we talk about the cheapest tickets…

The world chess champion has had enough. Magnus Carlsen shocks the world