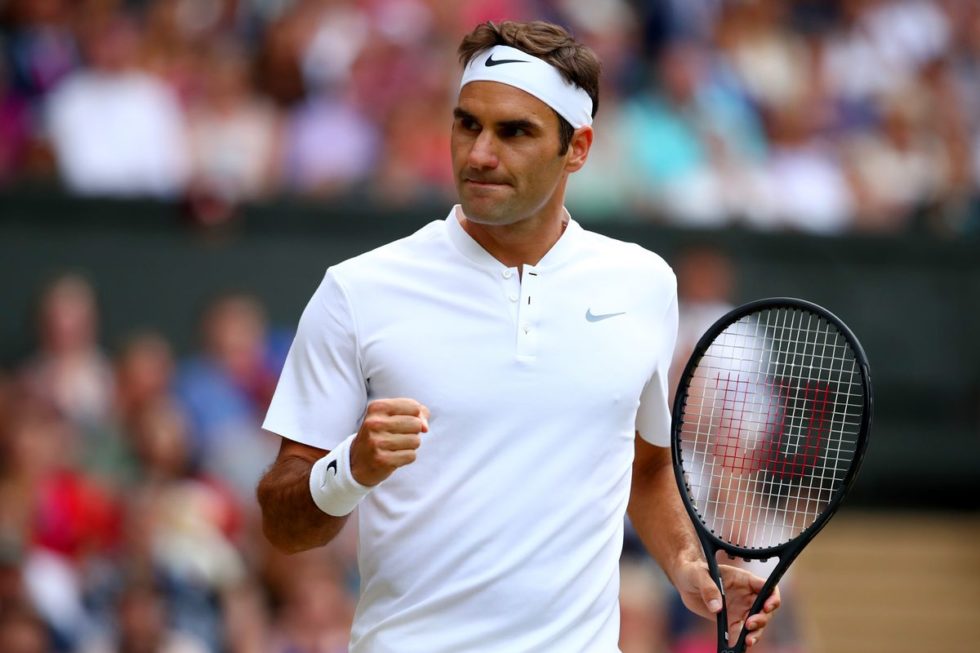 The Swiss is the oldest man to be number one, aged 36.
Roger Federer became the oldest number one singles player in tennis history after beating Robin Haase in the ABN AMRO World Tennis Tournament quarter-finals in Rotterdam on Friday.

The 36-year-old Swiss, who won his 20th grand slam last month by claiming a sixth Australian Open title, replaced Rafael Nadal at the top of the ATP rankings with a 4-6 6-1 6-1 victory over Dutchman Haase.

Federer has surpassed Andre Agassi as the oldest player to occupy the summit of the men’s game – the American was 33 when he was last on top in September 2003.

Second seed Grigor Dimitrov is also through to the last four after a comfortable win over Andrey Rublev.

The Bulgarian won 6-3 6-4 thanks to a break in each set and he now faces fourth seed David Goffin.

Grigor Dimitrov is solid on serve to reach the Rotterdam semi-finals where he'll face David Goffin – a repeat of the 2017 #NittoATPFinals title match.

Belgian Goffin advanced without even having to step on court as his last-eight opponent Tomas Berdych withdrew through to illness.

In Buenos Aires, Dominic Thiem set up a a semi-final clash with Gael Monfils at the Argentina Open.

He will face Federico Delbonis in the semi-final, who battled past 34-year-old Guillermo Garcia-Lopez 6-3 7-5 after one hour and 25 minutes on court.

Kei Nishikori rallied from behind to beat Moldovan Radu Albot 4-6 6-3 6-1 and progress to the semi-final at the New York Open.

Shocking moments at ATP Miami! Nicola Kuhn fell on the court in convulsions.

She left in a good moment

We have a new No. 1 in the ranking, because Nadal withdraws from the Paris Master

Agnieszka Radwanska to end her career?