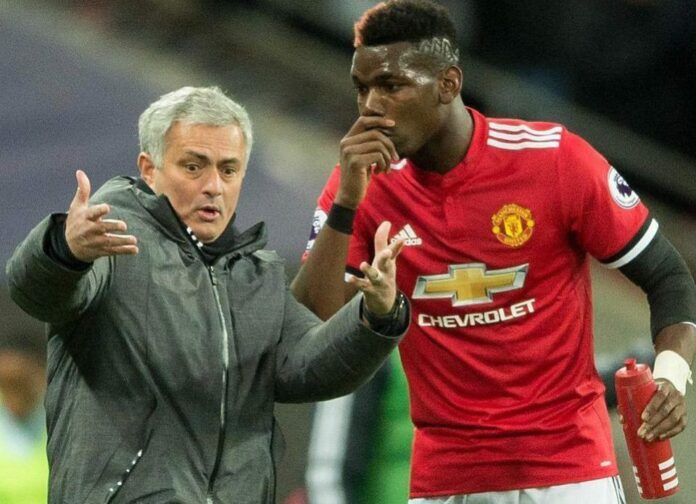 We are outside of the summer transfer window, but that does not stop the rumour and speculation in the Premier League.

There are around three months before the January transfer window opens again in earnest and teams are already being linked with new signings.

Tottenham became the first club since the transfer window system was implemented in 2003 to not make a summer signing this year, so they will be hoping to do some business come the new year.

Elsewhere West Ham opened the chequebook in the summer, and despite four straight defeats at the start of the season, they have finally claimed their first points of the season, beating Everton 3-1 last weekend and getting a creditable 0-0 draw with Chelsea.

What’s next for Paul Pogba? Will Ruben Loftus-Cheek remain a Chelsea player? Can Tottenham make a signing? Is John Terry really going to be a coach? Here we’ll guide you through the day’s top transfer rumours from around the world.

The Chilean forward has been a huge disappointment since joining United from Arsenal in January, scoring just three times in his 23 appearances for the club.

Sanchez was poor again on Saturday as United were held to a home draw by Wolves and former Gunner Ian Wright hasn’t held back in his criticism of the 29-year-old.

As reported in the MEN, he said:

Coming to the end of his Arsenal time, he was playing in a fashion that you thought he just wants to get away. His body language was bad, he was throwing his arms about. And he was doing exactly what we’re seeing him do now: give the ball away.

Every now and then he can still create something and he’ll put something in the box – but I thought that the fact that he hadn’t had a rest in nine seasons, this is the first rest he’s had in nine seasons. Man United asked Chile to rest him, and they did, he had a pretty good pre-season and I thought ‘Ok, he’s back’, but it’s not happening for him.

Wright also believes Sanchez’s form is so poor that United wouldn’t be able to make any money on the forward if they wanted to offload him.

Sanchez will have to take a hit on his weekly wage [if he joins another club]. Nobody will pay a fee for him, because of the way he’s playing.

He does not warrant a place in the team when you have Martial and Marcus Rashford waiting to play. You look at him at United: he’s not shackled, he’s got freedom. His form will have to kick in to justify a place.

According to Portuguese outlet Record, Arsenal and Chelsea are among a number of European clubs who have sent scouts to watch Benfica goalkeeper Odisseas Vlachodimos.

Manchester United, Liverpool and Newcastle are also reportedly interested in the 24-year-old.

Speaking in his Mirror column, former Liverpool and Aston Villa forward Stan Collymore believes Chelsea should cut their losses and sell Alvaro Morata if they are serious about winning the Premier League.

According to the Star, Jose Mourinho has told Paul Pogba that he will not be Manchester United captain again.

The Frenchman has stood in as captain in Antonio Valencia’s absence this season, but Mourinho is understood to have accused the £90m midfielder of believing he is bigger than the Old Trafford giants, with a Carrington source revealing:

Jose told the players that Pogba will not be the captain because he doesn’t represent what a captain is and Manchester United is bigger than anyone. The players were happy with that decision and the reasons behind the manager’s decision.

Pogba appeared to blame Mourinho’s defensive tactics after the 1-1 draw with Wolves on Saturday, a result which left United eight points behind leaders Liverpool after just six games.

Mourinho’s decision to make an example of the star could spell the beginning of the end of Pogba’s career at United, with the report suggesting the World Cup winning midfielder could seek a move next summer.