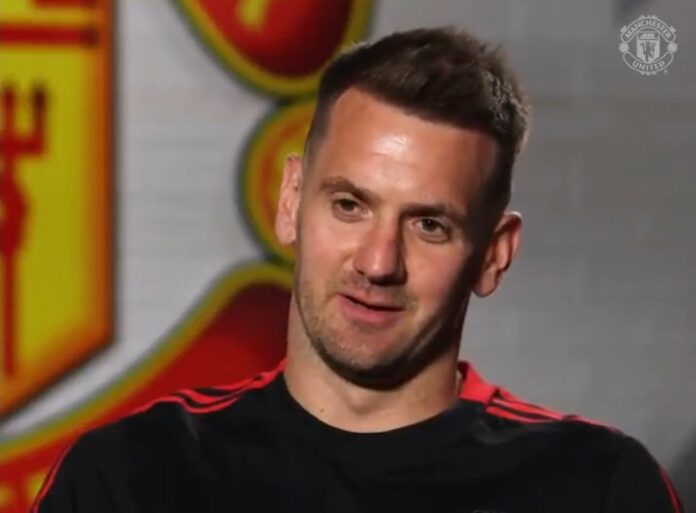 Veteran goalkeeper Tom Heaton is back at the club, while reserve goalkeeper Lee Grant is extending by one year.

The English big club announced this on Friday at short intervals. Heaton was at United for 13 years as a youth player, but his professional career first gained momentum in other clubs.

Now the 35-year-old is returning “home”. He has signed a contract that lasts until June 2023. Heaton has been brought in to be a reserve keeper together with Grant (38), who will continue his stay at United for another year.

The big club has been working actively with the player logistics for the last couple of days. On Thursday, it became clear that United agree with Borussia Dortmund on the purchase of Jadon Sancho. It is a player Solskjær has been hunting for a long time.

On Friday, it was also announced that playmaker Juan Mata is extending and starting his ninth United season.

Watch all 🔟 minutes of @TomHeatonGK‘s first interview since returning to United in our app now! 📲#MUFC