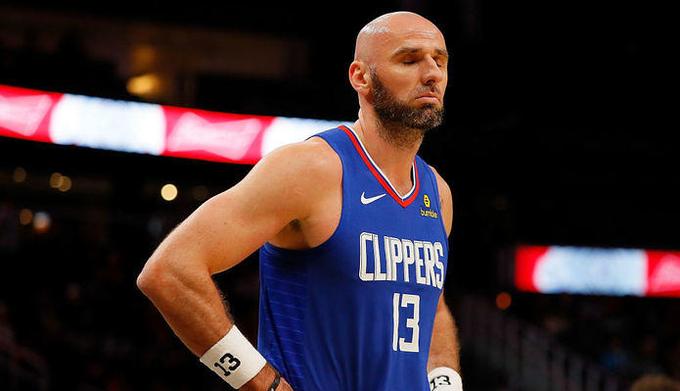 In February this year, Marcin Gortat was fired from Los Angeles Clippers. The team did not find a place for the Pole after the total reconstruction of the club. After parting ways with Clipppers, Gortat got proposals from almost all of the best NBA teams. However, the Pole was interested in only one contract and it was the one contract that he did not get it …

After losing his contract with Los Angeles Clippers, Gortat knew what he wanted to do. Aware of his age he had one goal. It was to play with the masters.

Gortat is still dreaming about winning the NBA championship. So far, he did not manage do to that with any team, although he was in the final match. Knowing that his retirement is closer than further, Gortat wants to do everything to fulfill his dream. He knows that it will be easier with the team that has succeeded, and above all with the club, which is the current NBA champion. That’s why Gortat was interested in just one phone call. He was waiting for an offer from the current kings of the league – Golden State Warriors.

Today, in an interview with Polish television TVP Sport Gortat talked about the consequences of his decision for the first time. The basketball player admitted that the forced holiday til summer, to which he himself contributed somewhat, will be a difficult challenge.

I dragged the decision for a very long time and because of that certain possibilities also closed automatically. Teams expected my decision within 24-48 hours. I waited for the phone call. One main phone from one team, but it did not come. It was a phone call from the Golden State Warriors. Wish me now that I won’t go crazy, because I will have too much free time now. I would like to quickly find and get used to this new situation. It has been difficult for me to do so for the last two or three weeks. Training for myself until the summer, not for the club to come out well prepared for the match, it will be a big challenge for me. – Marcin Gortat for TVP Sport (source)

LeBron James wants to own his own NBA team

Get ready for NBA All-Star Weekend!