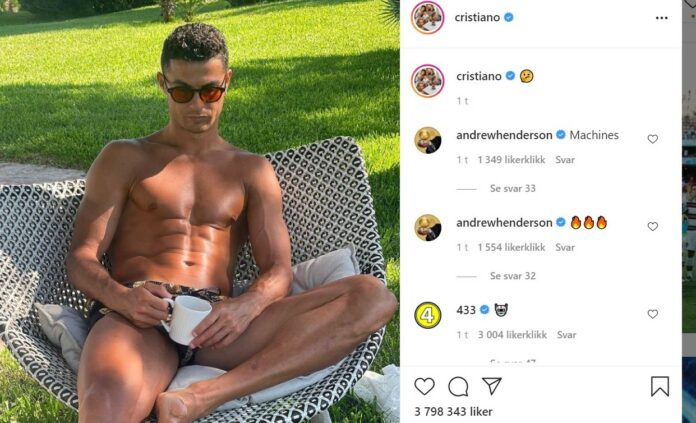 Cristiano Ronaldo’s contract with Juventus expires in a year and his future in Serie A has been questioned. The 36-year-old has been linked with clubs such as PSG, Real Madrid and Manchester United. But as recently as last week, the Gazzetta dello Sport reported that the Portuguese still wants to extend with the club.

Now Calciomercato report that Manchester City can turn their eyes to Ronaldo – as a potential Agüero replacement. The reason? Attempts to recruit Tottenham’s Harry Kane are slow. The site states that Gabriel Jesus could be part of the deal to ease the financial part.

Last season, Ronaldo accounted for 29 goals and two assists in 33 Serie A matches.