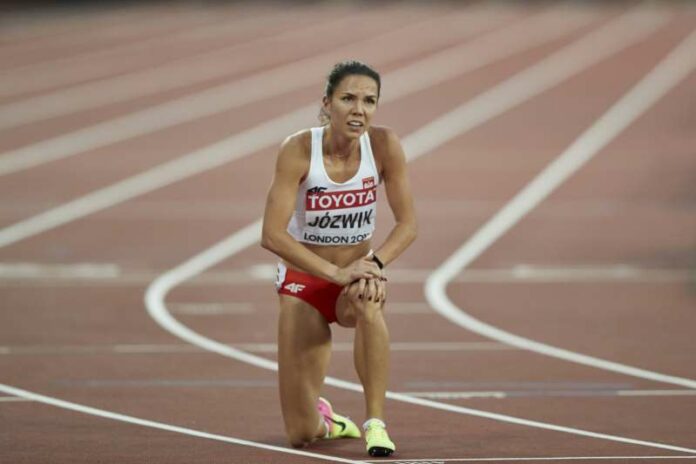 Joanna Jozwik took 4th place in the 800 m race during the Indoor World Championships in 2015 in Prague. Four years later, however, the decision was changed. On February 16, 2019, Polish woman was awarded 3rd place for the race and a bronze medal was awarded to her. All because the finishing  in the second place, Russian runner Jekatierina Zawiałowa was disqualified for doping.

In February 2015, Joanna Jozwik set a new Polish record at a distance of 800 meters – 2.00.01. Before the Indoor World Championships in Prague, Jozwik was really strong. There was no doubt that she would be the favorite for the gold medal. The finale, however, did not go her way. The Pole finished the race in the 4th position.

On February 16, 2019, four years after the events in Prague, Poland was awarded the 3rd place on the run. All because Jekatierina Zawiałowa, who took part in the race in Prague in 2015, was disqualified for the use of doping.

Receiving a bronze medal on February 16 on the track in Torun, Joanna Jozwik did not hide emotions. She admitted that she had expected such a course of events for a long time, but she’s sorry that she could not enjoy her achievement by someone else’s fraud when the championships were actually taking place.

I waited a long time for this beautiful medal, although I knew for a long time that the Russian woman would be disqualified. Looking at the medal, I remember the finale from Prague. I was traveling to the Czech Republic as a strong favorite, but I broke it. I could not keep myself in the final. I ran to the end distracted, not completely performed the tactics and therefore came to the fourth place. Then I had tears after running, now I’m smiling, but I’m sorry about the Russian woman. It hurts that I could not enjoy the podium place because of her cheating. And I understand the pain of all those who can not enjoy the medals they should get through the doping fans. It’s good that the truth came out. This is the most important. Now I will work with redoubled strength to fight for even better medals – source

Winning the medal back then, in 2015, would probably be more rewarding for the runner, but we are happy now, as if we were happy then, because it is a beautiful moment for Polish sport. Ms. Joanna, congratulations!

The Tribunal will decide if Semenya is a woman