After finished season, which couldn’t be counted as successful, Real Madrid started to strengthen its squad before the new campaign. After Cristiano Ronaldo’s departure and in the perspective of aging squad, ‘Los Blancos’ decided to spend more than usual. They already spent 255 million euros, so this transfer window became one of the busiest in history.

The transfer window hit is undoubtedly Eden Hazard’s transfer. Belgian wanted to join Real Madrid for a long time and the team wanted to sign him as well. Finally the transfer has been finalized this summer for 100 million euros (+ 40 million in bonuses). Huge responsibility lies with the winger to become the leader and fill Cristiano Ronaldo’s shoes.

Another crucial transfer was the signing of a new forward. Real Madrid decided to buy Luka Jovic, who became a sensation on a loan in Eintracht. Serbian scored 17 goals in Bundesliga and another 10 in Europa League. ‘Los Blancos’ can relax about the successor of 10-years-older Benzema, who because of his age will be sidelined little by little in the next seasons.

Not for the first time Madrid team reached for players from South America. This time Eder Militao strengthened a centre of defense. Brazilian has been playing in Europe for a year, for FC Porto. This way another position is manned for the next years. Sergio Ramos, even though still in a great form, he won’t play at this level for eternity. Another player from Brazil is Rodrygo, who will a rival for Vinicius to play in the squad.

Another signing has been announced today. The transfer of Ferland Mendy from Olympique Lyon has been finalized. Zidane is not satisfied with neither Marcelo, whom he would like to dismiss, nor Reguillon. Spaniard became a sensation this season, but under new coach he doesn’t receive enough credit.

In the context of transfers to Real Madrid, it’s said that Paul Pogba could also join the team. His the first choice for Zidane, who prefers him over Christian Eriksen. Florentino Perez needs to spend 150 million euros though, to sign Frenchman. Either way, Real’s target is probably to break the spending record this summer. 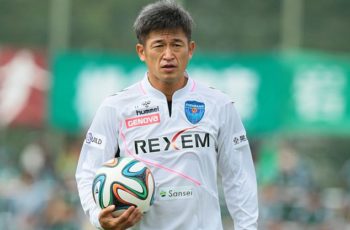 The oldest player in the world to continue his career, …

Premier League fixtures for the next season are already known. …