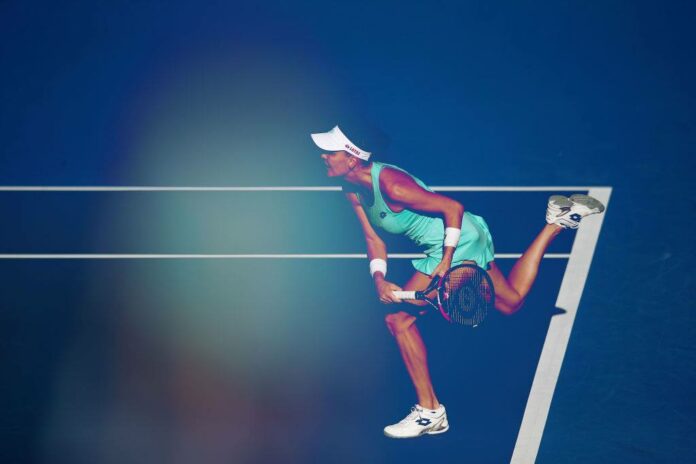 At the end of October, we wrote about her health problems. Now we say goodbye to her. Agnieszka Radwanska puts down the racket. The biggest tennis stars send her a thank you note.

For many years Poland did not have outstanding players in women’s tennis. Everything changed, however, when Agnieszka Radwańska entered the courts. Perfect, courageous and brave. Radwanska measured high and step by step achieved her goals. She was even a step away from the No. 1 position in the world ranking. So it’s something to proud of, right?

Former number 2 in the world pushed the Polish women’s tennis to a new level. Thanks to her, Poland has returned to the game for the biggest stakes in all the world’s courts. Radwańska simply showed Poland how to play to win (again). Her appearance allowed female tennis players to catch up with men who were more likely to show new talents.

One step away from fulfillment

I think every athlete would like to be the best in the world. He dreams of feeling at least once what it is like to be the number one world ranking in his discipline. He wants to know the taste of victory and be remembered. Agnieszka Radwanska certainly managed to achieve some of these things.

She tasted victories, gained fans all over the world and was often appreciated for her actions on the court. As Radwanska herself writes in a letter informing about the end of her career:

I am grateful to have so many special memories, including 20 WTA titles, The WTA Championships in Singapore, a Wimbledon final, and so many others. Unfortunately I am no longer able to train and play the way I used to, and recently my body can’t live up to my expectations – (quotation: source)

Radwańska revived the Polish women’s tennis. She drew polish tennis out of a long-term crisis. The above-mentioned successes Radwanska are something that most of her predecessors could only dream of. She achieved things on which the repetition by others, probably will have to wait a long time.

Of course, Radwanska had a few weaker decisions or moments in her career. She stayed with solutions that were already tested, even if they did not work. Perhaps she was too late to resign from working with her father (he was her trainer) looking at her results after starting work with a new trainer. Sometimes it seemed that Radwanska is a bit too curt or withdrawn for the people. These things, however, did not overshadow her successes.

This is the end!

Radwańska put down the rocket in a good but also last moment. For several seasons, she struggled with injuries and a significant decline in form. Nothing seemed to bring improvement. Radwanska also suggested recently that a return to training allowing her to fight with the best tennis players in the tour may no longer be possible due to poor health. So it’s better that she leaves when people remember her successes, not the frustration caused by the lost hope of improvement. In October this year Radwanska herself admitted that she is no longer able to train at the highest level, and playing for the play itself, without achieving success and development, is not interesting for her.

In mid-November, Radwańska made the final decision:

See how the biggest tennis stars are thanking Radwanska for being in the Tour.

😢 @ARadwanska has announced her retirement. We will miss you so much on the tennis court!! Enjoy your new life! 😘😘 pic.twitter.com/f1z8Gh9rUu

I wish nothing but the best to one of the nicest people on the tour. Thank you Aga, for being such a great opponent and friend.. it was a pleasure to share the locker room and court with you.

I will always remember our laughs 🤣