De Rossi, AS Roma legend, decided to leave his mothership club after the end of the season. He will play his last match at Stadio Olimpico on May 26th, against Parma. Romans will fight until the last match for the place, which can secure a participation in Champions League. Now they are only three points behind this position. The midfielder can contribute to the advance.

Italian began his career in 2001/02 season, at the age of 18. This way he didn’t won Serie A title, which his teammates lifted a campaign before and he has never earned it in ‘Giallorossi’ shirt. He was vice champion nine times though.

In Italy national team he debuted in 2004 against Norway in the World Cup qualifying. He was chosen to the WC squad, with which he won a golden medal in the tournament in Germany. In the final ‘Squadra Azzura’ won against France in penalties. De Rossi executed perfectly the third one.

In the next campaign AS Roma won Coppa Italia and added Super Cup. After retaining Italy Cup, he has never won more trophies with the club.

In the ‘Giallorossi’ shirt he played 615 matches, scored 63 goals and provided 54 assists. After 2017/18 season he took over the captain band from Francesco Totti. In the national he achieved 117 caps and scored 21 goals. 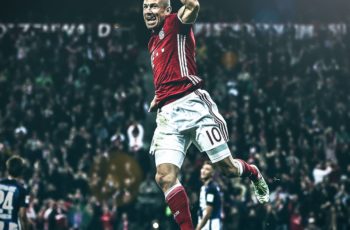 According to Kees Jansma, Dutch journalist connected with national team, … 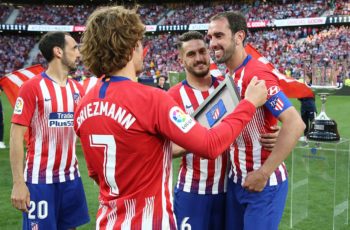 Antoine Griezmann, Atletico Madrid’s forward, is famous for getting attention, …