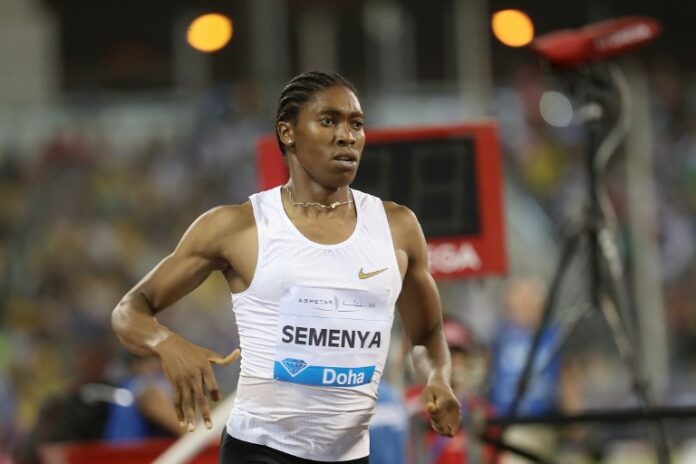 In the coming days, the future of the athlete Caster Semenyi will be decided. On Monday the meeting of the Arbitration Tribunal for Sport will start, which will decide with whom the African athlete should run. However, there is more to it. The verdict of the Tribunal will be like determining the sex of Semenya, which according to the athlete and South Africa itself will be a clear violation of human rights.

The runner Caster Semenya was born in 1991 in South Africa. The athlete suffers from hyperandrogenism. This disorder consists in excessive secretion of androgens in women. This results in the weakening of female features in the female body and the increase in men. Semenya was nevertheless raised and treated like a woman. After the start of the athlete’s career, starting among women was something obvious for Semenya. Most sports environment, however, believes that Semenya should run with men since she has more male hormones.

Hyperandrogenism is like natural doping. Skaters suffering from this disease are faster and more durable than the rest of the rivals. After the beginning of Semenya’s domination at distances from 400 to 1500 meters and the emergence of her symptoms, there was a heated discussion about the recognition of the player as a man. Even new regulations have been introduced, which ordered the female runners with hyperandrogenism to take drugs that lower the presence of male hormones in their bodies. The problem is that this treatment prevents such players as Semenya from reaching even the average results. What’s more, according to doctors, such a treatment is harmful to the body and may contribute to the development of other diseases.

A woman or a man

The meeting, starting on Monday, is to decide who the competitor should start with – women or men. Athletics authorities set the condition for the player under which Semenya could continue to compete with women. Of course, it is about Semenya’s continuing therapy of taking drugs that lower the presence of male hormones in her body. The athlete does not want to do it. She claims that she has the right to run with women without any conditions. Last week, she stated this through lawyers.

Mrs Semenya is clearly a woman. She fight for running right without the necessary of medical intervention. She fights for freedom. Semenya wants to be respected and treated like any other athlete. Her genetic gift should not be used as o tool to discriminate her. – source

Semenyi’s position is fully supported by the authorities of South Africa. The Minister of Sport of South Africa spoke on the contestant, stating that the commencing proceedings in the Tribunal is a violation of human rights.

This is a gross violation of human rights. The stakes are much higher than the right to continue to participate in sport. It’s about the bodies of women, their well-being, their ability to earn money for a living, their identity, privacy, sense of security and belonging to the world. Now everything is being questioned. The world once recognized apartheid (racial segregation) as a crime against human rights. Once again, we call on people in the world to stand with us to fight against issues that we consider to be grossly violating human rights. – source

The meeting that begins on Monday can decide the fate of a South African athlete’s career. The only question is whether it should happen at all, if natural testosterone in women is not officially recognized as doping in athletics.