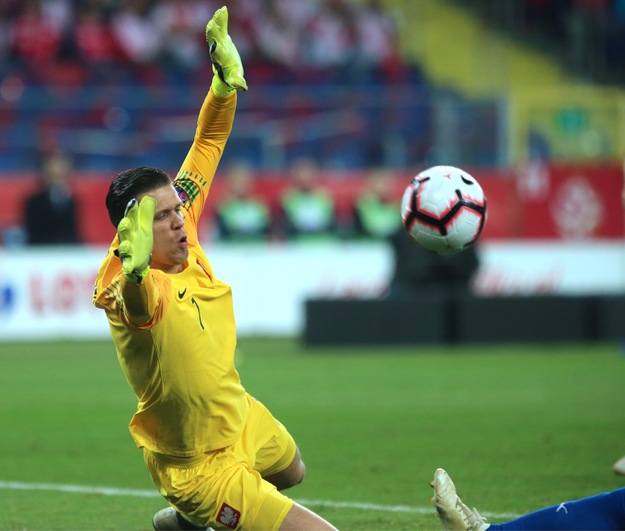 On Tuesday, another match of the UEFA Nations League took place. Poland faced Portugal. Last time, the champions of Europe were better. Did Poles had any chances this time?

The balance of Polish team meetings from taking over the position of the coach by Jerzy Brzeczek is 2 draws and 3 defeats.  Brzeczek keeps looking for the idea of the game and effective team composition. Before Tuesday’s match against Portugal, it was debated whether the Polish game would improve. This match was the last chance for the Poles to win the possibility of being seeded in the draw for the Euro 2020 eliminations.

The Portuguese won Euro 2016. There are names in it like Pepe, Silva, Dias and Sanches. There is, of course, Ronaldo. However, he has been resting for the moment from the matches in the national team to get used to the new environment at Juventus and to cut himself off from accusations of rape. The Portuguese man will return to the squad in spring. Just in time to start the elimination to Euro 2020. Ronaldo’s absence does not interfere with anything. From the match to the match Portugal shows that it’s possible to play without Ronaldo.
The secret to the continuing good form of the Portuguese team lies in Fernando Santos. The team has an extremely impressive balance of won meetings. Out of 36 matches played under the command of Santos, Portugal lost only 2 and 7 times only allowed the opponent to score more than one goal.

Poles are not as good as the Portuguese. They have a huge crisis. Since the end of cooperation with Nawalka, Poland has started again from scratch. The current trainer Jerzy Brzeczek, still looks for tactics, composition and tests the distribution of players 1-4-2-3-1. For now it is in the red. He has lost 3 draws and 2 draws and he does not promise that Tuesday’s match will improve his balance.

A few days ago, the Poles played with the Czechs. Although Poland had a few chances, but did not use any. The players were slow, Krychowiak dropped from the form, and Bereszyński did not quite manage in his new position.

While in the match against the Czech Republic the Poles could have scored at least one goal, and can even win the whole game, in the match against Portugal the chances of Poles are almost zero. At the present disposal, the Poles are far from the Portuguese masters’ form. What’s more, the Brzeczek’s team  will come out on the pitch in a very weakened line-up. Lewandowski won’t play.

Lewandowski unfortunately had to leave training camp because of a knee injury. It is true that the injury is not serious, but it requires rest from the game in order not to lead to a greater and chronic injury. The doctor of the national team Jacek Jaroszewski has already begun treatment of Lewandowski. Therapy excludes any effort for the first 4 days. Lewandowski is expected to return to full fitness in about a week.

Starting the match, Portugal had nothing to lose, because it was already the winner of the group. Portugal could therefore treat the match concessively and allow some of their best players to remain on the bench. Poland fought for a draw. Only a draw or win gave them the spacing in the draw for the Euro 2020 group elimination Looking at the form of the Poles from previous meetings, no one expected that it will take the lead and dominate. The fans, however, believed that the Poles would not give up without a fight.

Poles positively surprised the fans. Despite the lack of Lewandowski, they were doing really well. They did not make a mistake after a mistake. Moreover, mutual assistance and pressing were working properly. The Poles also did not allow the Portuguese to be on their’s side all the time. Unfortunately, despite the really good game of the Polish team, the Poles did not score goals. Portuguese defense was extremely effective, and their goalkeeper defended every ball.

Everything changed when, at the state of 0: 1, Arkadiusz Milik was fouled by Portugal. For a foul on Polish striker, Denilo got a red card, and Poland got the chance of scoring from the penalty spot, which was used and led to the tie.

The match ended with a draw 1: 1. Thanks to this, Poland will be seeded in the draw for the Euro 2020 eliminations